Today we have our stop on the blog tour for Quanta, the second book in the YA Sci-Fi Shadow Raven series by Lola Dodge! We’ve got lot’s of cool info on the book, including an excerpt and the character bios, including the author’s casting as well as a giveaway for a Quanta necklace!

Just because Quanta can see the future doesn’t mean she can change it. She’s spent most of her life imprisoned, feeding her captors information to keep herself alive, but she’s finally reached the endgame and her death creeps closer by the moment.

The son of two senators, Altair Orpheus leads a life of privilege that provides the perfect cover for his side job: working with the rebel Shadow Ravens to undermine the ruling Seligo government. Everything is running like clockwork until he crosses paths with Quanta. As he watches her deftly maneuver through life in a perverse prison, his plastic heart melts. A jailbreak would be suicide, but Tair is willing to sacrifice everything to give her a chance at happiness.

Now Quanta senses a terrifying new future brewing. She and Tair are bound together, but every image of them kissing, snuggling, and acting knee-weakeningly happy is balanced by a much darker possibility. They’ll be picture perfect together, but only until time rips them apart. How can she follow her heart when she’s seen how their love plays out?

Bio: Altair is elite in every sense of the word. His parents (both senators) basically picked his traits from a catalog and he was trained from birth to be exceptional. He was on the path to fulfilling his promise when an accident changed his point of view. Now he works for the rebel Shadow Ravens, using his research and family connections to dig deeper into the inner circles of government research.

I’m terrible with faces and I still haven’t found a good picture for poor Tair (feel free to send me pics of handsome men so I can fix this problem). The best I can do right now is a morphed love child of Will Demps, Marlon Teixiera, David Henney, and Clint Mauro (Please Google each of them. For science).

Bio: Quanta was an experiment gone wrong (or right?). She was kidnapped from a lab at birth and raised by Lady Eva and the rebel Shadow Ravens, but she was too valuable to be left alone for long. At ten, she was captured again, and she’s lived the past ten years in captivity. Her unstable DNA gives her the power to see the past and the future. That alone would make her insanely powerful, but her abilities are still evolving… And the Seligo are trying to dig the information out of her any way they can.

Bonus side character! Cass is getting a lot of love in the early reviews, so here’s a quick intro. I’m hoping I can write her story one of these days!

Bio: Cassie is tech genius who’s never fit into the system. She designs games and VR helmets, and spends as much time as possible locked in her workroom. Although she’s not so oblivious that she hasn’t noticed her brother, Tair, acting suspicious. He’s definitely up to something.

Mother smiled like a cat, full of ambition and smugness. “Someone wants to meet you.”

Someone? Suddenly, I knew where this was going. “Mother—”

“There are the Astors.” Mother gave a demure wave and started gliding toward a trio standing near an ice sculpture. Her fingers clamped my arm, dragging me along. Father walked on my other side, sandwiching me in place.

No way to run without making a scene. Senator Astor and her husband stood waiting with their daughter.

My free hand bunched into a fist, but I tucked it into my pocket. I couldn’t make a mistake in front of this audience.

Mother exchanged greetings, then made a sweeping gesture. “This is my son, Altair. Altair, this is Layla Astor.”

Layla’s blonde hair tumbled in artful curls and braids. She wore tasteful neutral makeup that emphasized her full lips and emerald green eyes, but a hint of darker eyeliner smudged like a leftover from some previous night’s debauchery; that was half of what I needed to know to escape the conversation.

And I would escape. I had no interest in these shallow romances meant to gain my family position.

“It’s so nice to meet you, Altair. I knew your sister at academy.” And that was why Cass had been invited. Some common bond to me to a potential future mate.

Good thing Cass had stayed home. She’d hate the situation as much as I did.

The girl extended her arm, flashing her Green Helix and I couldn’t avoid the handshake.

“Likewise.” Layla’s rough fingertips gave me the last clue I needed. Calluses from playing an instrument. Between that and the eyeliner, I had an excellent guess at how to get rid of her. Rather than sell her out in front of her parents, I offered her an arm. “I was just about to admire the ice sculptures. Would you care to join me?”

“I’d love to.” She smiled and placed delicate fingertips on my arm.

Our parents grinned conspiratorial smiles as we strolled away. No doubt they’d already picked a wedding date. I waited until we were out of modified earshot to speak. “How upset would your family be if I mentioned that you play in a band?”

“Very.” Layla tensed, and her expression and tone shifted from vapid politeness to shrewd consideration. “Not that you should know.”

I shrugged. “I won’t say a thing as long as you don’t press an engagement.”

“Thank God.” Layla shuddered. “Our mothers schemed this one. I thought you were in on it.”

I grinned. I didn’t often stumble onto others faking their way through Helix life, but every so often an ally dropped in my lap. “Should we small talk for a few minutes and then pretend to offend each other?”

Layla pressed her lips together, eying me up and down. “If you’re up to it, I have a better suggestion.”

“Oh?” I handed her a drink taken from a passing tray. Our parents still watched from across the room.

“Let’s meet for coffee. We could draw this out for months.”

“A faux courtship?” It had promise, although there were certainly risks.

“You’re the first guy they’ve set me up with who’s not a self-centered ass.” Layla’s mischievous smile made her eyes sparkle. “My girlfriend would love you.”

Her voice was clear of subterfuge and I found myself smiling back. “Next week? I’m sure our parents already exchanged our contact information.” And faking a relationship would save me getting blindsided at every event.

“Call me.” She finger-waved and then headed for a crowd of friends, who proceeded to glance my way, slipping a few quickly smothered cackles. I nodded before heading off to work the crowd.

Despite my parents’ efforts, the night was going better than expected. 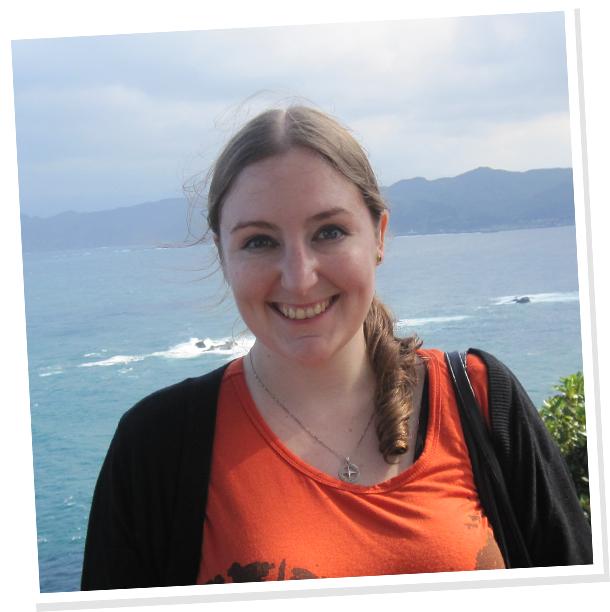 Lola is a compulsive traveler, baker, and procrastinator. She earned her BA in English from Stonehill College and MFA in Writing Popular Fiction from Seton Hill University—and hasn’t stopped moving since. When she’s not on the road, Lola spends her time indoors where the sunlight can’t melt her, writing or bingeing on anime and cherry soda. She can be summoned in a ritual involving curry, Hello Kitty idols, and a solid chocolate pentagram.

Find Her All The Places:

Looking for more? Here are the rest of today’s stops on the tour:

Thanks so much for stopping by, I hope you enjoyed learning about Quanta and these awesome characters as much as I did. I have this one, so be on the lookout for a review from me soon, I’m really excited to dig into this world! Have you read it? Have it on your TBR? Think the characters are dreamy? Let me know in the comments below!